LUMEI NEWS
NEWS CENTER
You are here: Home / News / Industry information / What is the discoloration cause of the uPVC profile surface

What is the discoloration cause of the uPVC profile surface 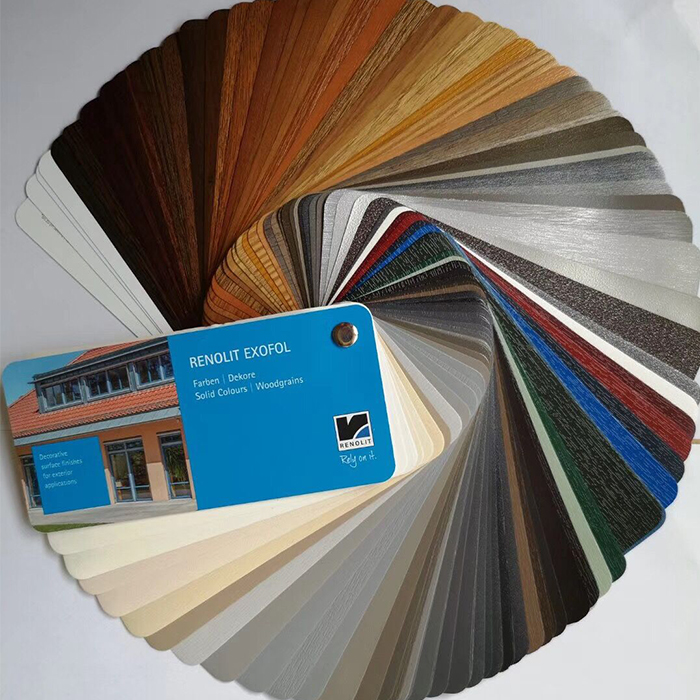 PVC resin has poor light and thermal stability. Pure resin starts to decompose when heated to 100°C, and decomposes more rapidly when it  exceeds 130°C. PVC will undergo photo oxidation and decomposition under the influence of ultraviolet rays in the sun and oxygen in the air. The PVC resin is decomposed by heat and light to cause the resin to change color. The order of color change is: white-pink-light yellow-red-brown-black.

In order to prevent the decomposition of PVC resin during processing, more than ten processing aids such as heat stabilizers, light stabilizers, antioxidants and lubricants must be added to the formula. In the new formulation test, if the surface of the profile discolors, the main reason is that the formulation design is unreasonable. The main reasons may be: (1) insufficient amount of heat stabilizer, light stabilizer, and antioxidant; (2) each composite heat stabilizer Improper selection and proportioning of components; (3) Improper selection and proportioning of internal and external lubricant components.

For the "old formula" of uPVC profiles that has been scientifically identified and tested for a long time, if the profile occasionally changes color during production, the "unreasonable formula design" factor can be ruled out. If the special situation of the process change caused by the instrument failure is excluded, the reason is the poor thermal stability of the system, and the main reason should be found from the two aspects of ingredients and raw materials.

In terms of ingredients, because PVC resin and more than ten different processing aids are mixed together in different proportions, the ingredients are not only complicated, but also a lot of work, and sometimes mismatches, mismatches, etc. are inevitable. If workers forget or add less heat stabilizers, light stabilizers, antioxidants, internal and external lubricants and other ingredients when mixing, occasional discoloration of the profile surface will occur.

The quality of CPE is also an important factor affecting the discoloration of the PVC profile surface. CPE is made by chlorinating high-density polyethylene (HDPE) suspended in an aqueous hydrochloric acid solution. CPE with a chlorine content of 36-38% has low crystallinity and glass transition temperature, and has good elasticity and compatibility with PVC. Compatibility, widely used as an impact modifier for PVC-U profiles. Due to the high or low chlorine content in the CPE produced, the quality of the product is unstable and contains a lot of low-molecular substances such as Cl2, HCl, etc., it is easy to accelerate the thermal decomposition of the PVC resin during the processing of the PVC-U profile, causing the surface of the profile to change color .

Reason 4: The quality and dosage of heat stabilizer

The quality and dosage of the heat stabilizer are also important reasons for the discoloration of the profile surface. At present, there are two types of heat stabilizers used in the processing of PVC-U profiles: lead-based, organic and rare-earth organic stabilizing systems. To compare the quality of heat stabilizers, in addition to the actual comparison of production and application, the main thing is to detect the content of its effective ingredients. For PVC-U systems with poor thermal stability, appropriately increasing the amount of thermal stabilizer can play a role in eliminating discoloration on the surface of the profile.

The discoloration of PVC profiles is the result of a variety of factors. In addition to the internal and external influencing factors and additives discussed above, the factors that cause discoloration of the profile in the production process and equipment molds should also be considered. The main purpose is to minimize thermal and oxygen degradation of PVC under conditions such as thermal processing and mechanical shearing, and to ensure that the profile has better stability under conditions of light, oxygen, and climatic aging. This includes the control of thermal oxygen degradation by various processes such as compounding, extrusion, plasticization, shaping, and cooling.

(1) Adjust the formula, adopt a scientific and advanced formula system and a non-toxic and efficient thermal stability system to improve the comprehensive stability of the formula against heat, light, and oxygen;

(3) Establish a reliable and stable raw material supply channel to ensure the quality of raw materials;

(4) Appropriately increase the amount of heat stabilizers, light stabilizers and antioxidants, and deal with raw materials in a timely manner. The surface discoloration of the profile caused by the change;

(5) The packaging, storage and transportation of PVC-U profile materials should be strictly in accordance with the requirements of GB8814.

The discoloration of PVC-U profiles is the result of a combination of internal and external factors. The external conditions include ultraviolet radiation, certain temperature, humidity and oxygen conditions, and air pollution (dust, sulfur, acid rain, etc.). Hot and dry weather conditions can accelerate the degradation and discoloration of PVC-U. The internal factor is that the PVC resin molecule itself degrades and discolors under light and oxygen conditions. Therefore, controlling the quality of PVC resin, especially controlling the degradation of PVC resin and the formation of polyene structure, is the primary problem to solve the discoloration of profiles. In addition, various additives in the PVC profile production formula, including stabilizers, antioxidant systems, titanium dioxide, pigments and fillers, also have discoloration factors due to their different qualities. By optimizing the stable system in the formula, and at the same time with the necessary weather-resistant specifications of rutile titanium dioxide, controlling the quality of the resin and various additives in the formula and its own possible discoloration factors are necessary conditions to reduce the discoloration of the pvc profile.